If the image of green tea brings to mind the lotus position and aligning chakras, then you may have missed out on the numerous health benefits that the ancient, Far Eastern favourite bestows. The truth is, green tea is loaded with all kinds of antioxidants and nutrients that can help improve brain function, lower the risk of cancer and bring many other positives.

If you aren’t in the habit of drinking the green stuff, then we’d stake a claim that you will be after finding out just how helpful a mug can be. Here’s a selection of known benefits that going green can bring you.

Could help to prevent the risk of cancer

Though it’s still in its early stages, research on the benefits of green tea and cancer prevention suggests there’s a correlation. Researchers say that certain micronutrients in green tea, known as polyphenols, help kill cancer cells and stop their progression – a vital part in preventing various cancers. 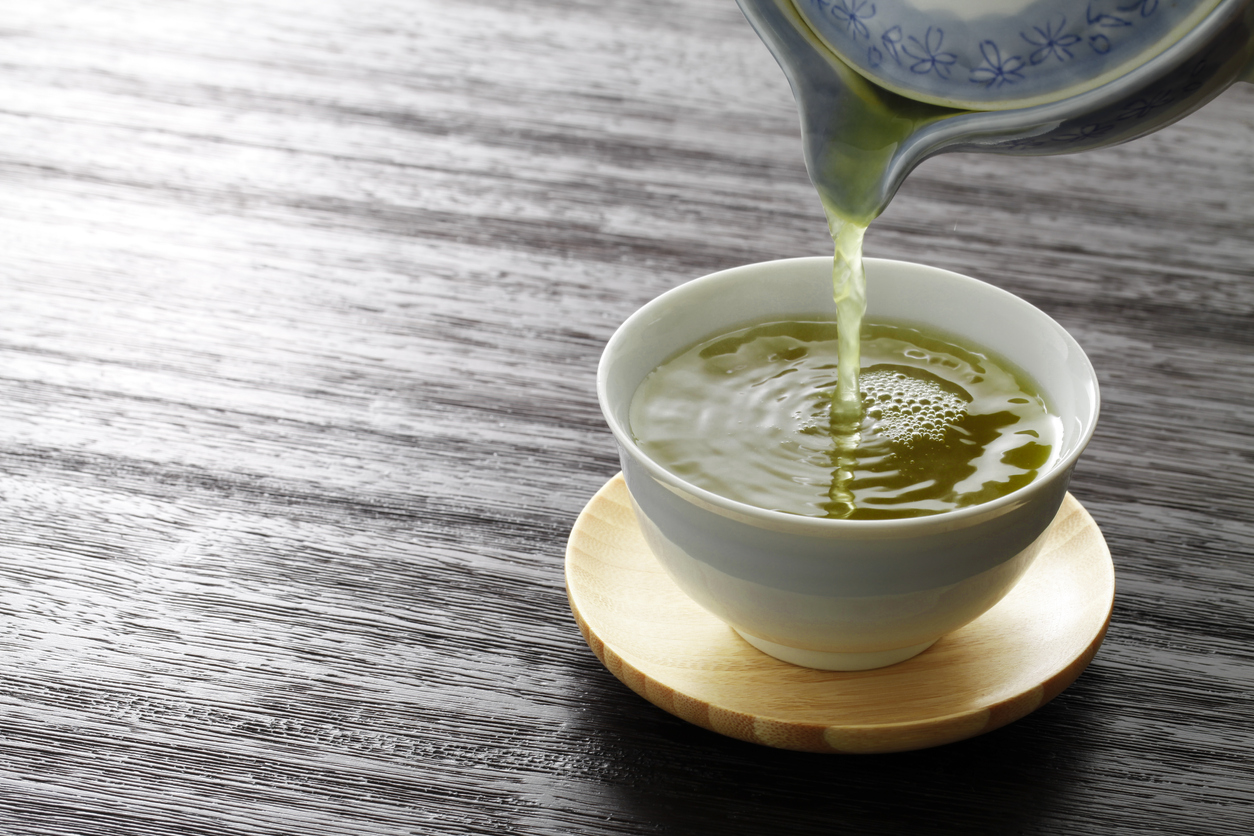 Cardiovascular health is obviously important, and good news, green tea contains vast amounts of flavonoids: antioxidants that protect against heart disease by slowing the breakdown of LDL cholesterol. That translates to blood clot prevention and improved blood vessel function. Additionally, all the good stuff in green tea can help lower cholesterol and lower rates of artery blockages. Those drinking a cup or two a day stand to lower the risk of developing narrowed arteries. Fancy a third? Go on then. You’ve just lowered your risk of a heart attack by 43%!

Feeling the strain on your joints? Four cups of green tea a day can cut down on aches and pains thanks to quercetin, a chemical compound that’s a powerful anti-inflammatory and antioxidant.

Although green tea contains caffeine, it doesn’t contain as much as coffee. So, while it has enough to produce a response, the amount isn’t enough to make you feel jittery and jumpy in the same way you would after glugging five cups of black coffee.

Studies on caffeine have shown that it can lead to improvements in all kinds of brain function, including improved mood, vigilance, reaction time and memory. What’s more, green tea also contains the amino acid L-theanine, which crosses the blood-brain barrier and has the ability to increase the activity of the inhibitory neurotransmitter GABA. This is all a fancy way of saying that green tea has anti-anxiety effects, increasing dopamine and the production of alpha waves in the brain.

The combination of caffeine and L-theanine can have potent effects on improving brain function, with people reporting they’re able to be much more productive after drinking green tea over coffee.

…And the long term

Green tea also has properties that may protect your brain in old age. The catechin compounds in green tea can help to combat the two most common neurodegenerative disorders: Alzheimer’s and Parkinson’s disease.

Shown in multiple studies, these compounds can have various protective effects on neurons in test tubes and animal models, potentially lowering the risk of Alzheimer’s and Parkinson’s.

Clears up the skin

You don’t have to drink green tea to feel its benefits. For those who suffer from mild to moderate acne or are prone to spots, applying it to the face can help if used twice daily for six weeks. To feel the benefits, make a cup of green tea as normal, let it cool and use as a face wash. Alternatively, lay the cool tea bag directly on the skin as a compress if your pimples are looking particularly bad.

For those with oily skin, mixing peppermint tea with green tea can be a real pore-cleanser too.

Green tea contains plenty of properties that can help to increase your metabolic rate and burn fat in the short term. Paired with a healthy diet and an active lifestyle, the drink can be something of a catalyst to losing weight. Studies have shown that in 10 healthy men, green tea increased energy expenditure, while another study showed that fat oxidation was increased by 17% – further showing that green tea may selectively increase the burning of fat. Swap out the sugary drinks for green tea if you’re keeping an eye on your calorie intake!

It’s also said to increase physical performance, too. This is through the mobilisation of fatty acids from fat tissues, in which fat is essentially made available for use as energy.

Catechins in green tea have been researched too, with studies showing that it can kill bacteria, including streptococcus mutans. Streptococcus mutans is the primary harmful bacteria in the mouth that causes plaque formation and leads to cavities and tooth decay. So, if you’re looking to take better care of your teeth and mouth in addition to brushing twice a day, make yourself a cup of green tea.

We hope you’ve enjoyed this article. Looking to make that perfect brew? You’ll find the full range of Breville products, including a great selection of kettles, on our homepage.